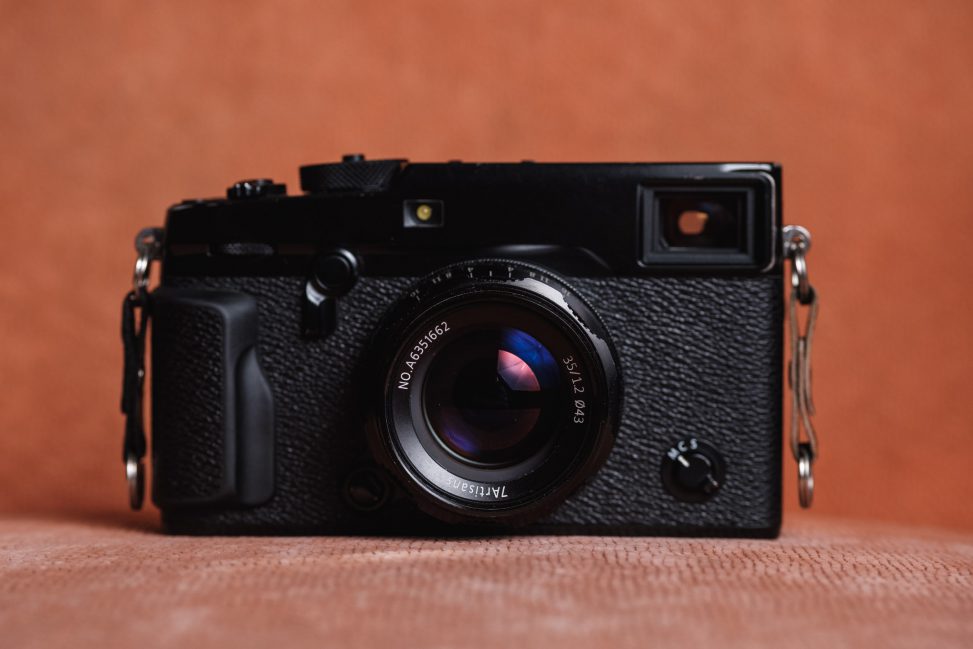 Back when I shot with a Sony a7, a single lens was attached to my camera 99% of the time – the Voigtlander Nokton 40mm F/1.4 S.C. A compact rangefinder lens, the Nokton was fun to use and produced images with character. It shaped my style and, honestly, was a large part of why I enjoyed shooting with the a7. While I love the Fuji lenses and the system, I did miss the Nokton’s character and handling. But 40mm is a bit too tight on APS-C.

Eventually, I found out about the 7artisans 35mm F/1.2 while looking around for fast normal lenses. Compared to the Mitakon 35mm F/0.95, the 7artisans was softer, slower, and busier in bokeh. However, It was also one third the size, weight, and price at $145. Being my usual self, I read up on it obsessively and then found a used copy that included the box and materials.

7artisans does a pretty good job with the packaging – a nice box with padding, a drawstring pouch, some awkwardly translated literature. Being a previously owned lens, I can’t attest to the quality arriving from the factory, though I have heard some mixed stories on that.

The lens itself is quite compact. Smaller than the Fuji 18mm F/2, if just a touch heavier. Focus is smooth and quick, reminding me of the Nokton, with a scalloped ring on the front. Aperture is controlled via a clickless ring with just a bit too much travel from F/1.2 to F/2 for my personal taste. The lens cap is a joke, a throwback to the slide on caps à la Pentax and Minolta, but it just comes off on its own all the time.

Mounted on my X-Pro2, the lens looks like it belongs, and evokes  a classic rangefinder aesthetic that the Fujicron lenses don’t quite have. Where it really shines is on my X-E3, or any X-E body, creating an ultra compact setup ideal for nights out and roaming festival grounds. It also increases the chances someone will ask if I’m shooting film, only to look disappointed when I tell them no.

Image quality is impressive for the size and price. The corners are better than the Nokton’s, or many vintage or other cheap modern lenses like the 7artisans 25mm F/1.8. There is decent contrast wide open, though a bit of glow in direct light at times. Sharpness isn’t amazing at a pixel level but images have detail in a way, stop it down to F/5.6 and it is fairly sharp minus the far corners.

The character starts to appear in the bokeh, which renders flared out from the center of frame. Again, this is similar to how the Nokton rendered out of focus areas. As a result, bokeh can be quite busy in certain situations and a bit distracting. It also contributes to a more “classic” rendering to images, especially wide open, which I often prefer in my personal work. The 9 aperture blades allow for circular shaped bokeh when stopped down a bit as well.

Flaring is another character aspect of the lens with it being dramatic but predictable and controllable. Contrast doesn’t suffer much when there are flares and I’ll often find myself incorporating them into my shots if opportunity presents itself. I often prefer it to the well controlled but digital feeling flaring from my Fuji 35mm F/2 WR.

Chromatic aberration-wise, I haven’t noticed anything worth commenting on. It certainly performs better than many of the vintage lenses that I own.

From the few examples with point light sources, coma is not controlled at all. I may test it for some astrophotography but suspect it will be awful.

Really, this lens is about character. Images from it are rendered in a way that feels vintage.

The bottom line: the 7artisans 35mm F/1.2 fills a niche in my kit – a small, fast, normal lens that offers an enjoyable manual focus experience. While the Fujifilm 35mm F/1.4 R is sharper and renders smoother bokeh, focus-by-wire just isn’t the same. The Samyang and Mitakon 35mm alternatives are both sharper, but are also much larger and heavier. And so the 7artisans often finds itself in my camera bag and will join my travel kit.