A couple of weeks ago I finally pulled the trigger on a Fujifilm camera — a loved and worn X-E1 with the Fuji 18-55mm kit lens. While I had been planning to pick up the X-E2, I couldn’t pass up the deal on the X-E1 plus lens. Last week the camera arrived and I’ve been shooting daily on it, only getting the Sony out for certain situations. Even then, I’ve kept the X-E1 on me to compare.

This desire to own a Fuji isn’t a recent development. It goes back to when they introduced the X100, but the price never made sense to me. Well, rather a me that was caught up with full-frame sensors and spec sheets, which is part of why I ended up with a Sony a7. Now, over the past year, Fuji prices have continued to drop and their lens selection has filled out with nice, compact options. Meanwhile, Sony is making dSLR sized lenses for the A7 series, which is the whole reason I moved away from Canon. 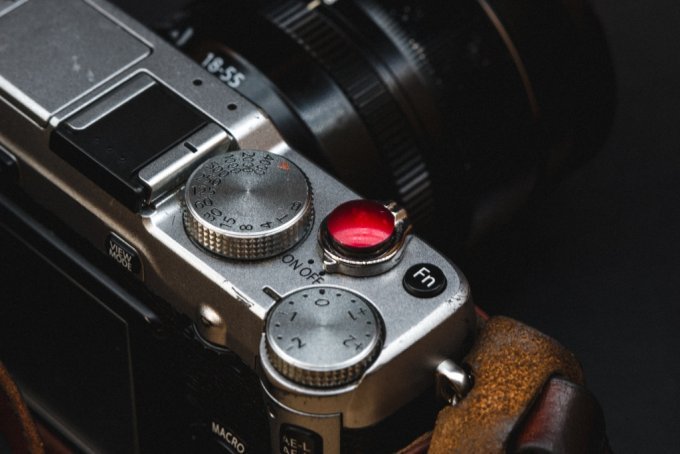 Anyhow, the X-E1 is a relatively old rangefinder style mirrorless camera. Auto focus is contrast detection so it takes its time, though still much faster than my EOS M was. The EVF refresh rate is a bit slow, dropping to choppy in low light — the Sony’s is a night and day difference. Some buttons can’t be remapped. Pretty much things you would expect from a camera going on 5 years old. These have all been addressed in the X-E2 and X-E2s, so no need to really stress the shortcomings. Despite these issues, the camera is quite enjoyable to use. The body feels solid without being heavy, the flash is flush when stowed, the buttons and dials are a pleasure to use, and the menus are well laid out. Compared to the Sony, it feels more direct, more analog, and less gadgety. And the battery door doesn’t randomly open all the time, so that is cool. 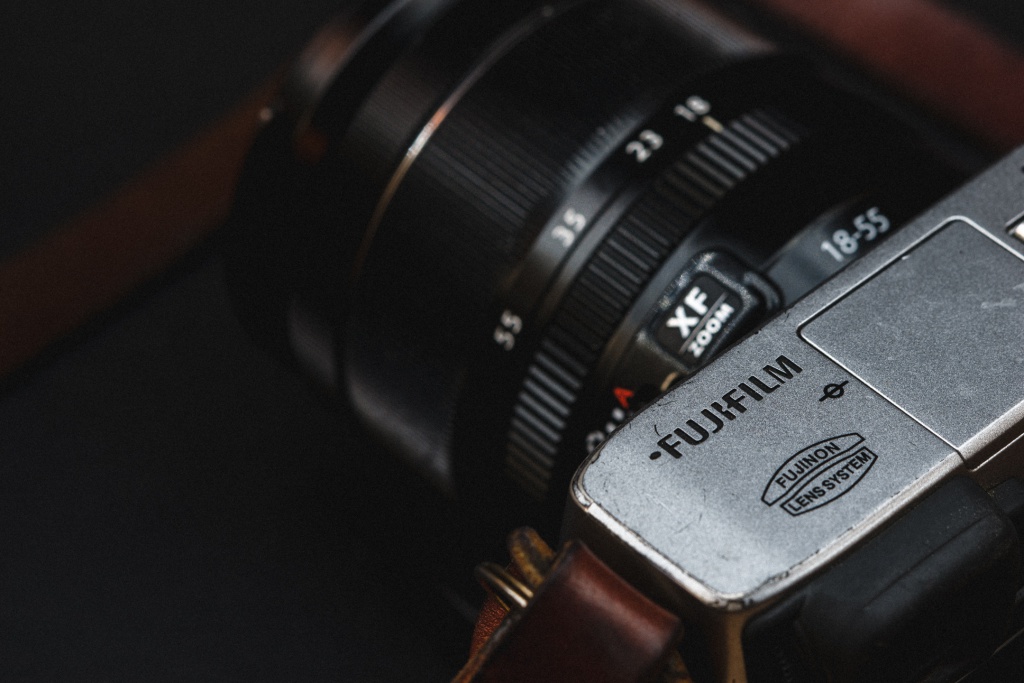 The retro looks, especially with the silver trim, have prompted a lot of questions from strangers. People assume it is film, start asking me where I develop, tell me it must be a nice camera, and so on. It gets more attention than the a7 with the Voigtlander, so I’m curious to see what kind of attention the Fuji will get once I get an M to X mount adapter — the 18-55mm is fairly modern looking in my opinion. Starting to think my next Fuji will be in black so I can keep a lower profile, which will pair nicely with the much quieter shutter compared to the a7’s rather obnoxious shutter. 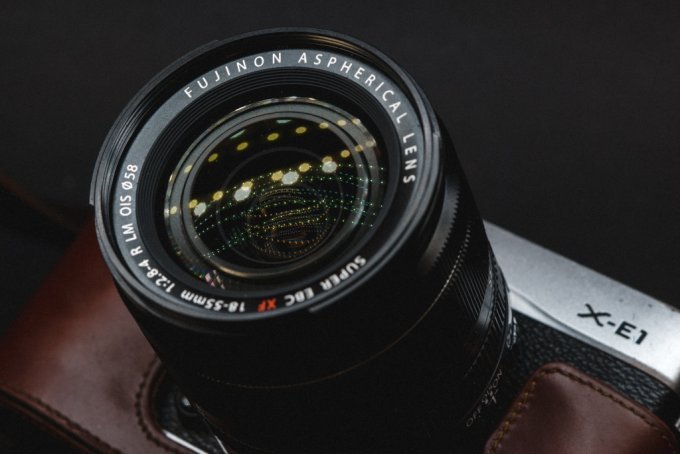 The shooting experience compared to the Sony similar but different, though in large part because of the lens. I’ve not seriously shot with autofocus or image stabilization in over a year and using a zoom was rare. It amuses me a bit that the a kit lens has brought me back to modern shooting standards, though it certainly performs better than most kit lenses I’ve experienced. The faster aperture makes work in low light feasible, especially paired with the OIS which seems to be effective for around 3 or 4 stops. There is distortion if you process the raw files with an application like RawTherapee, but Lightroom forces the embedded correction. It seems to work fairly well and I’ve not felt a need to avoid it. It isn’t crazy sharp but certainly sharper than several kit lenses and many vintage primes I’ve worked with; certainly doesn’t make me reconsider shots like some softer lenses. At the moment, I can’t see myself getting rid of the lens as I pick up primes — it is a nice mix size, performance, and convenience that makes it well suited to travel and work.

Raw files are surprisingly flexible. I was aware of the ISO invariance aspect before picking the camera up, but the general performance feels comparable to the a7, albeit with a touch less detail. I suspect this is a mix of the resolution difference (16MP versus 24MP) and the distortion correction applied to the files, but it isn’t an issue unless pixel peeping. High ISO performance is wonderful and I’ve had no issues pushing ISO-3200 files a couple of stops in Lightroom with no additional noise reduction. The default 25 chroma reduction works fine, and the pattern is much more pleasing than the Sony’s. A few photographer friends who shoot film have stated the grain feels more analog versus other digital cameras. It certainly feels better than adding noise via Lightroom, which is part of my usual workflow for high ISO images from the Sony to mask the digital feel of the noise.

JPEGs out of camera are something I normally don’t give much thought, but Fuji has some excellent film simulations built in. These paired with the in camera raw conversion tools can make for some lovely images straight out of the camera. Much nicer than what I see from other brands, and makes quick sharing of images easy. That being said, I haven’t found a setup that matches what I have in mind while shooting, so I find myself processing mostly in Lightroom currently. Of course this doesn’t mean I can’t get results I want out of the camera, it just means I probably need to spend a bit more time experimenting to find a look I want. Perhaps some of the options provided in newer models, such as Classic Chrome or Arcos, will suit my desires.

All in all, I quite like what Fuji is doing. Enough so that I’m planning to buy into the system properly with a few lenses and another body down the road. The X-T series provides a proper workhorse camera, while the X-E, X-Pro, and X100 series all offer smaller options that fit my usual shooting process. Now I’m just hoping Fuji announces the X-E3 this year…

A selection of shots taken over the course of a week with the Fuji X-E1 and 18-55mm kit lens.